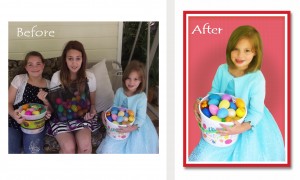 (Above: Smallest girl was removed from group photo. Given overall color enhancement, facial features were also brightened. The background was replaced adding a slight gradient color to offer a portrait like appearance.) 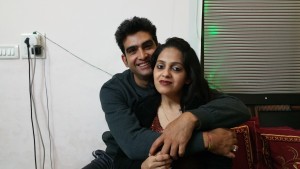 Over the years, I’ve developed techniques for re-creating images to repair or enhance appearance. Sometimes giving balance or better angle to a photo which is out of perspective, often treating with clean up, brightening for clarity, or leveling up hues or vibrance to offset lack luster color.

Upon viewing your photo, it can be determined what effects can be employed. (Please see example photos “Before” and “After” to the left and below.) 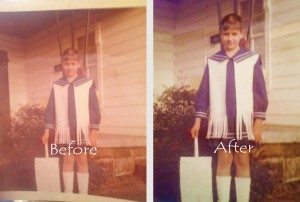 (To transform the photo left into a keepsake for framing (see results below), the faces were slightly adjusted in size for better proportional balance. The female’s head tilted slightly forward and left. Hair was filled and smoothed. The background was removed and replaced with a charcoal gradient centered by a star effect. Brightened overall for facial features, the focus area was tightened and a frame transparency added to offer  better online display . 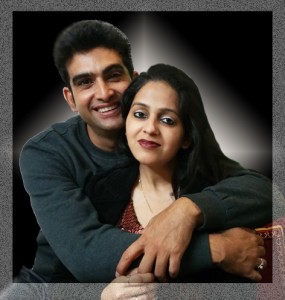